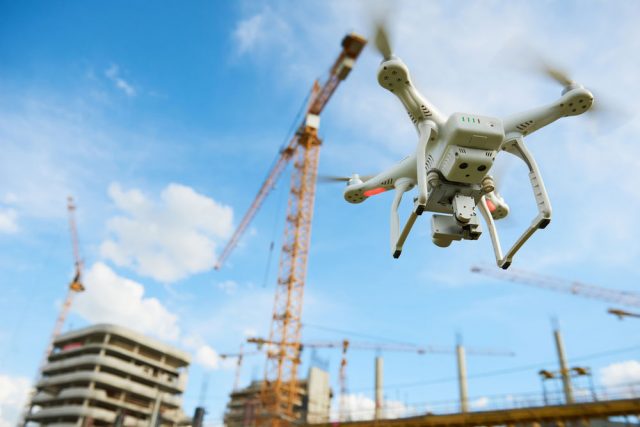 Back in 2017, a Business Insider report estimated that the drone service industry would surpass $12 billion by 2021. At the time, the report was seen as a glaringly obvious indicator to start incorporating drone services into various businesses like cell tower inspectors and farmers to help save time, lives, and according to the report, money.

Today, the drone industry is expected to reach $43 billion by 2024. That’s because the industry is growing at a faster rate than predicted in 2017. In fact, by 2018, the drone industry generated $14 billion, $2 billion more than analysts predicted in the next four years, let alone in one. At this growth rate (20.5%), $43 billion doesn’t just look like a fever dream in a new industry; in fact, it looks more achievable than ever.

The growth seen in the drone industry can be attributed to end-to-end service solutions that are being adopted by businesses in almost every industry. Currently, the energy sector is pushing the biggest need for drone services. Drone pilots are using thermal imaging to quickly fly over mission-critical facilities in order to identify cracks, hot-spots, gasses, and inefficiency energy systems in oil, gas, solar, wind, and electric in general.

However, the sector expected to grow the fastest is analytics. Using drones to count cargo, shipments, and warehouse supplies is remarkably easy, and multi-million dollar corporations are developing the drone processes needed to do this in a quarter of the time and with more efficiency than ever seen before in business logistics.
But if the ever-growing drone service sector made you question the lifeline of consumer drone products, you’d be sorely mistaken. Aerial photography and remote sensing, the two biggest fields for drone service business owners, are expected to grow at the highest rate. However, the money made here doesn’t compare to the money being made in energy and analytics, so while prosumer and professional drones are still going to fly off of shelves, don’t expect the little guys to be competing at massive oil refineries anytime soon.

Overall, the drone industry is in a much better place than it was only six years ago. What’ll happen in the next six is anyone’s guess, but if the economists are to be believed, there’s much more money to be made (and saved) with drones to come.