Drones have been around for awhile, but they didn’t really hit the scene until around 2014 after DJI released the prosumer-class Phantom II. Suddenly, what seemed like a toy at mall kiosks became a means for roof inspection, land surveying, 3D mapping and so much more.

But with its rapid rise in popularity and application came public suspicion and fear. People assumed that if drones with cameras were flying around their neighborhoods, surely they were spying on their mowing habits or counting how many blue spruces are in old Mr. Beauregard’s lawn.

Naturally, this upset quite a few people, and local towns were quick to write up their own drone laws to protect the sanctity of Beauregards everywhere while the FAA took their time to do so. It was in this stage of drone history when the phrase, “If I see a drone, I’ll shoot it down!” cropped up into the national vernacular.

It became such a popular idea that multiple outlets ran stories about how to do exactly that. Even Vice ran a breakdown on the best tools to blow a drone out of the sky. It’s as romantic an idea as it is American – protecting your property and your rights like Clint Eastwood vs slew of potential aerial punks. But it didn’t stay an idea for long as incidents began sprouting up all over the country of real drones getting filled with real bullet holes.

But here’s the thing; regardless of your sharpshooting aspirations, it’s illegal to shoot down a drone, period. Here’s why:

The FAA classifies drones as aircraft, and destruction of aircraft or aircraft facilities is a federal crime. However, like every rule there are exceptions, and if a drone is within 80 feet of your property, you may have a shot. The problem is you’d have to take it as high as the Supreme Court.
So what’s your recourse if you can’t shoot down the drone scaling your home? Chances are extremely rare that someone is spying on you, but if they are, do the same thing you’d do if they had binoculars pointed at you from their car – call the police.

Because shooting down that drone will cost you far more than it’ll cost that pilot. 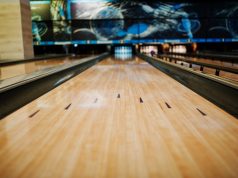