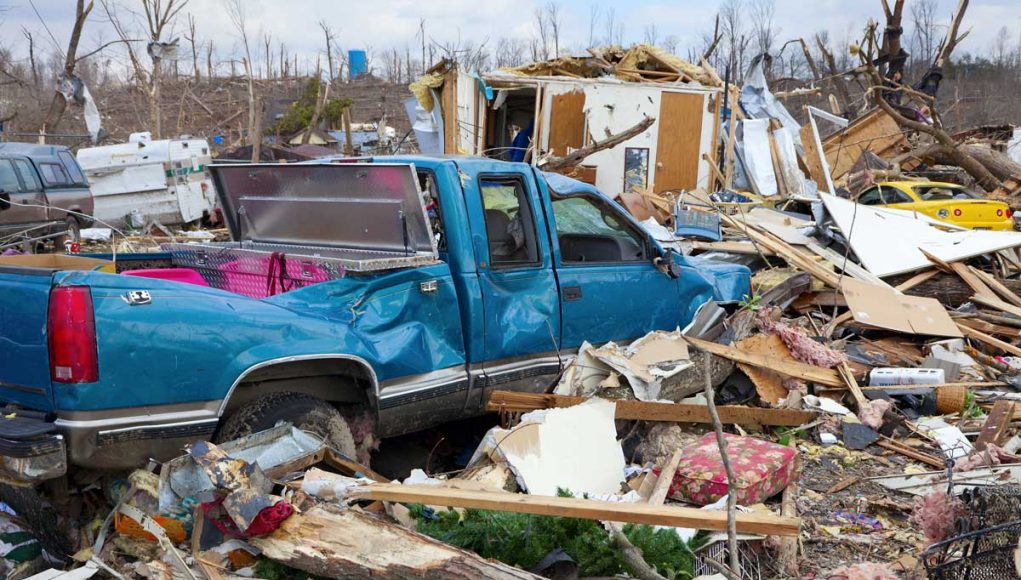 Drones are being used more and more in both the business and public sector, and there is no better example of the proliferation of drone use in our society than in examining the aftermath of the tornadoes that recently tore through Tennessee. The 175mph winds generated from the tornadoes left 25 people dead, 48 full buildings destroyed, and countless residential homes severely damaged. With residents and investments crushed by the natural disaster, it’s hard to imagine that drones could have had any hand in stopping it.

And you’d be right. Drones aren’t used to stop tornadoes — they’re used to assess the damage, identify people in need hours before on-foot personnel can, and map out what and who exactly has been harmed within minutes of the tornado passing through an area.

The chaos of a natural disaster can scramble relief efforts, and the decision to go to one area before another can be the difference between life and death from those unfortunate to be in a tornado’s path. While drone footage certainly brings national attention to local disasters, their use in the immediate aftermath of wide-scale calamities is crucial to leading relief experts to the areas that need it most.

It’s reported that natural disasters now displace 3 to 10 times more people than war worldwide, but drones can also be used to provide early warning systems that can be enacted before a disaster occurs. This can be seen most in the aerial mapping processes that drones provide. Drones can fly over acres of a town, city, or co-op in minutes in order to generate a 3D map of the land and buildings in the given area. With the bevy of information these maps provide to emergency response teams, they can in turn begin planning where areas of a community are at the highest risk, which structures may fall fastest, and how to direct efforts if certain routes are cut off entirely.

With both pre and post disaster relief data provided by aerial technology, emergency response teams now have data that’s only ever been available from helicopter deployment, something most towns don’t have access to or can’t afford in their emergency departments.

Thankfully, towns in Tennessee were prepared with drones ready to launch and access the damage done to their communities. However, only 30% of public safety teams nationwide are using drones today.  Will your community be prepared for the worst when flooding, tornadoes, hurricanes or wildfires inevitably pass through?

If the answer is “no,” check out how some companies are assisting teams near you with the training and equipment they’ll need to combat the worst nature has to offer, before and after.