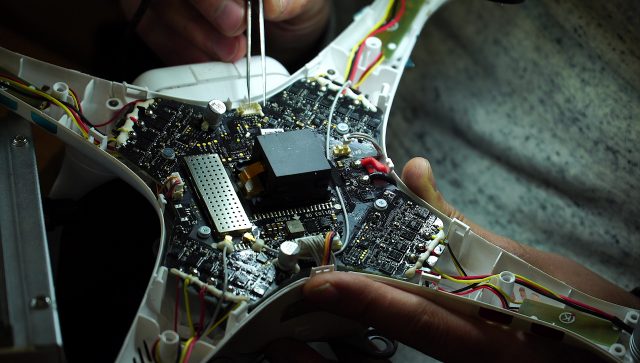 Of all the old adages passed down from generation to generation, “If at first you don’t succeed, try, try again!” is one of the most famous.

And it’s with good reason. If failure was the be-all, end-all of any new attempt, the world would quickly become as stagnant as the Stone Age. But in an age of technological innovation, any investment in a disruptive technology can make it a little more difficult to “try, try again” if the cost of a failure outweighs the potential benefits.

This is, without a doubt, one of the largest hurdles the drone industry faces in both the public and private sectors.

It’s no doubt that drones are saving local governments and businesses money, downtime, and even lives, but the cost of a drone fleet can cost anywhere between a couple hundred to one hundred thousand dollars. So what would happen if you wreck your fleet?

Luckily, one company selling, training, and outfitting drones to departments across the country is mitigating that risk by backing drone purchases with a free replacement program.

Suntuity AirWorks now offers a free drone replacement program to compliment their “turnkey drone service packages” where customers can buy DJI drones, training programs, equipment support, and project outlines all at once to seamlessly upgrade their existing services with the click of a button.

Gordon Dowrey, Director of Operations and Service Delivery at Suntuity AirWorks, believes the replacement program will help incentivize public safety departments with limited budgets to update their departments with drones.

“The advantages drones are providing to police, firefighters, city planners, and health officials are simply too great to ignore,” said Dowrey. “However, the risk associated with the investment is keeping smaller towns and cities from fully embracing this life and cost-saving technology. With the Enterprise Shield program we offer as a DJI certified dealer, we’re eliminating the largest barrier between you and a smarter, safer community.”
Suntuity AirWorks developed their drone service packages in work with towns and co-ops in Florida. Now, armed with the drone replacement program, they’re turning their eye toward public departments across the country to help usher in the aerial age.

They key to any form of progress is to try, try again. With a free replacement program, new drone pilots now have the breathing room they need to develop the cost-saving services they need to save both money and lives in the very near future.