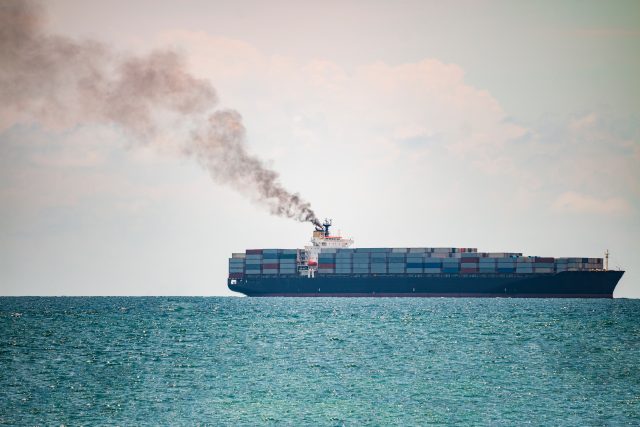 Using drones to detect gas leaks is nothing new in the oil & gas industry, particularly when the UAVs are combined with infrared imaging technology. The process, known as Optical Gas Imaging (OGI), has put drones on the forefront of fast and effective “leak” detectors in energy operations throughout the country. After all, before drones, companies would rely upon grounded camera crews and a little bit of luck to see if invisible methane gas was pouring out of their facilities.

It’s in this same spirit of innovation and effectiveness that’s led technological development teams in Europe to try and expand on its use. Interestingly enough, there’s recently been a breakthrough and drones are once again transforming another industry. This time? Shipping.

In order to monitor the level of sulfur pollutants emitted by shipping fuel, the European Maritime Safety Agency has developed a “sniffer” drone. The drone, currently being tested in the Great Belt shipping lane near Denmark, is flying into ships’ exhaust plumes to “sniff” out abnormal chemical components and identify ships that have too much sulphur in their tanks.

After a thorough sniffing, the drone sends the data to the Danish Environmental Protection Agency. After analyzing the pollutants in each ship’s exhaust, the DEPA takes action if a ship is found to be polluting too much over the Danish seas.

Drones may have found a home for invisible gas detection in the energy industry, but thanks to technological advancements like this, they’re now transcending business boundaries to help build a cleaner, safer, and more efficient world.

To read more about the new drone tech, click here.