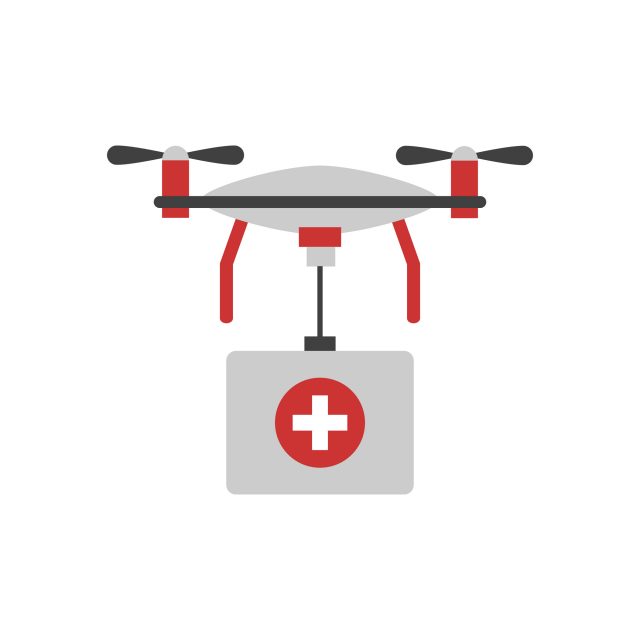 More than 366,000 Americans will die of a cardiac arrest each year. As one of the nation’s leading causes of death, it’s a nearly fatal condition, with a mortality rate close to 90%.
The reason for such a high chance of death is due to the unavailability of immediate care for an individual suffering from cardiac arrest. As one of the quickest health-related killers out there, your chances of survival decrease by 10% for every minute you don’t receive treatment.

This makes cardiac arrests one of America’s leading, and fastest, causes of death. If you’re a first responder, you’re already well aware that every second counts, but when it comes to immediate care, you’re faced with navigating through city streets, address concerns, and panic from unreliable 9-1-1 callers trying to get help for a loved one experiencing cardiac arrest.

But it’s 2020, and we’re living in the aerial age. Is an ambulance really the best we can do when it comes to immediate action to help curb the mortality rate of cardiac arrest?

That’s what researchers at NC State sought to challenge.

The study found that drones could deliver defibrillators within five minutes of a 9-1-1 call during 71% of tests. Ground searches only met that time in 51% of tests, with 26% taking longer than eight minutes to acquire a defibrillator.

The test also found that, due to a drone’s ability to land within 10 feet of a needed location, actual application of the defibrillator took an average of 22 seconds from delivery, whereas the traditional methods average around a minute.

With every second counting in such a life-or-death scenario, the NC State researchers were inspired by their findings, hoping to further hone the drone application testing to better save lives from cardiac arrest and more.

Click here to learn more about the study and how drones are impacting the world of healthcare.