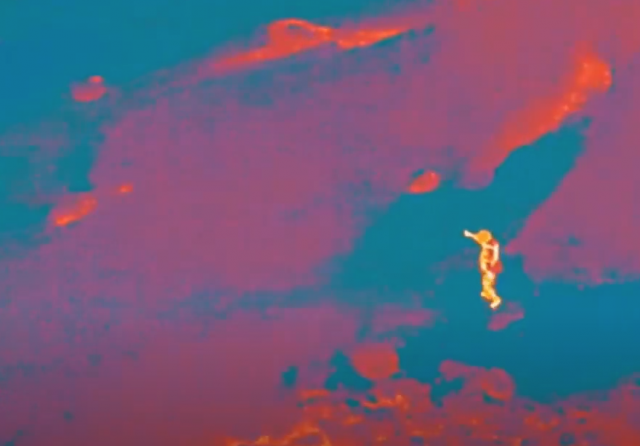 That’s what happened recently when an Oregon hiker tried his hand at navigating the Devil’s Punchbowl State Natural Area alone on September 29. Located near Oregon’s infamously rocky coastline, the hiker was traversing an elevated path before slipping and falling hard on the rocks below.

What made matters worse is that he fell directly onto one of his legs, injuring himself to the extent that he couldn’t make the trek back up to his hiking trail or out of the park without assistance. He needed help, and the more time passed, the worse his situation became.

But that’s where things took a turn for the better.

After receiving the hiker’s 9-1-1 call, first responder and paramedic Kevin Dykes deployed his DJI drone, complete with a FLIR thermal camera, and began scanning the rockside for the fallen hiker. There was just one catch — drones are prohibited in this area.

Earlier in the year, the Department of the Interior (DOI) prohibited the use of drones in their jurisdiction of federal wildlife lands and nature preserves so as to not disturb the wildlife. Luckily for Dykes, there are exemptions for life-threatening emergencies, and that’s exactly what was at stake when he was dispatched to the scene.

Thanks to the UAV flight capabilities and thermal imagery, Dykes found the hiker without having to send rescuers down into the hazardous terrain. Once located, the drone escorted the injured hiker to a near-by location where he could be helped out of the park and into a hospital.

Click here to learn more about the rescue operation.