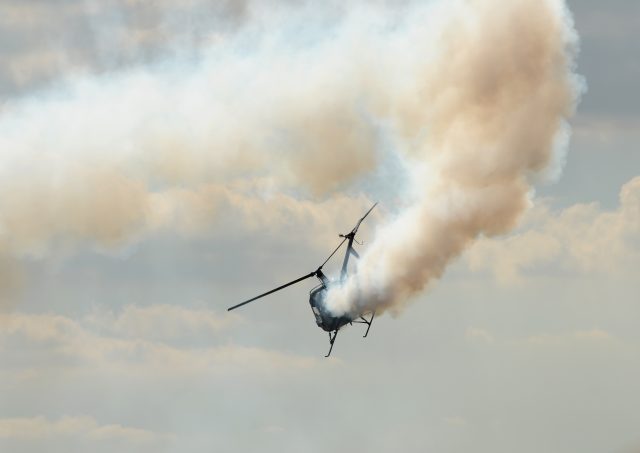 Los Angeles is one of America’s largest flight hubs. From booming airports like LAX to helipads atop most of the city’s largest buildings, air traffic is a major concern over the Hollywood Hills.

Had he followed the proper regulatory channels, Herandez may have known the LAPD had recently dispatched air support to respond to a burglary call in the area. When the helicopter arrived on-scene, it collided with the unauthorized drone, damaging the aircraft’s nose, antenna, and bottom cowlings.

The drone quickly fell from the skies, but luckily the helicopter pilot was able to keep his aircraft from crashing. Had the UAV hit the helicopter’s rotor, it would have been a much different story.

Shortly after the incident, FBI agents arrested Herandez on a misdemeanor charge of unsafe operation of an unmanned aircraft. Once the case goes to court, it will be America’s first criminal case for a drone operation.
To learn more about the incident and how the FBI tracked down what was left of Hernadez’s drone, click here.