Home Commercial It Is Now Legal To Bet On Drone Races (In These States)!
Facebook
Twitter
WhatsApp
Linkedin
Email
Print 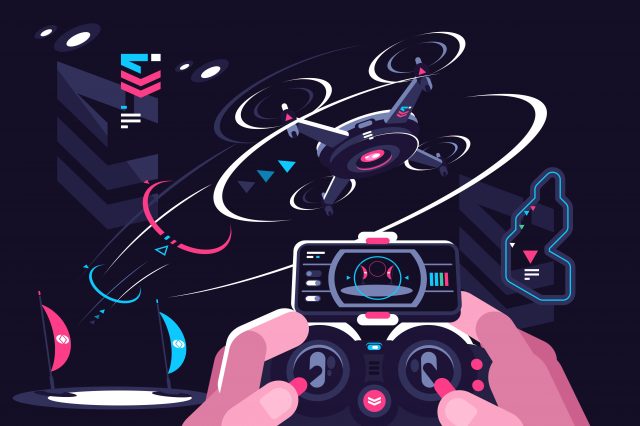 If you were sleeping on drone racing, it’s time to wake up.

Starting this week, DraftKings is officially taking bets on drone races across the country.

Thanks to a swell of interest and fanfare surrounding competitive drone racing, DraftKings has accepted drone racing into the same betting pool as football, baseball, and more.

As of this writing, four states have been approved by regulatory committees to start the betting: New Hampshire, New Jersey, West Virginia, and Tennessee.

More states are set to follow pending regulatory approval, but of particular note is New Jersey, which is where drone services as well as races have seen a boom in recent years. But why now?

The decision follows internal research put together by DraftKings in order to gauge the interest and profit potential of all new sporting opportunities. Interestingly enough, their consumer research showed that drone racing fans are three times more likely to place a bet than fans of traditional sports leagues.

They also found that drone racing fans are 90% more likely to be interested in sports betting, and in their free-to-play contest research, the response was 30% higher than usual for drone racing than for any other new competitive sport introduced to the research platform.

But while the numbers look good, there’s still an issue of regulatory concern. While it looks like most states are set to follow in New Hampshire, New Jersey, West Virginia and Tennessee’s footsteps, sports betting has always had a will-they-won’t-they relationship with American politics.

Along with our country’s gambling fascination has always come an equally present tug-of-war between betters and legislators. While table gambling (as seen in poker and dice games) has historically taken the brunt of this backlash, sports betting remained a complicated issue. From horse racing to football, competitive sports betting has gone back and forth between useful to restrictive in order to protect consumers while leaving enough incentive to keep gambling alive and growing across America.

Back in the day, that meant going to your local bookie and placing a bet in person. Today, it means simply downloading an app and pressing a few buttons, and capitalizing on betting convenience is what has taken DraftKings from a small start up in 2012 to the largest fantasy sports betting platform in the country.

With DraftKings officially backing the new sport, you can bet on drone racing to become a legitimate force in competitive sports in the years to come.