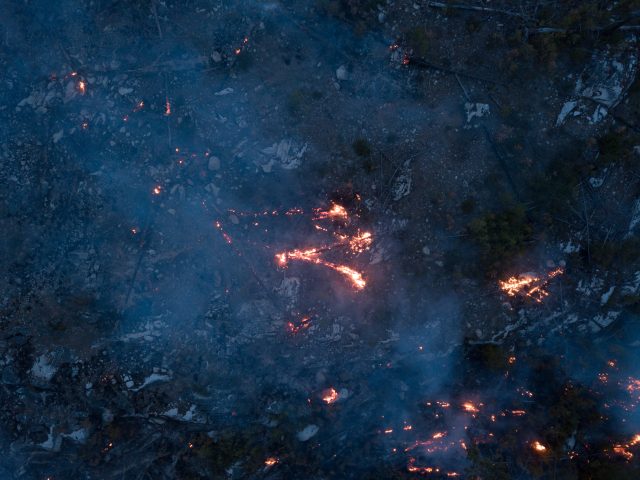 California wildfires make news worldwide due to their increased frequency and ferocity, with millions of acres and billions in property destroyed on what is becoming a yearly basis.

That’s why police departments and firefighters in California have begun teaming up in order to pull their resources and stop small fires before they become infernos. But how can you know when and where a fire will start?

With the help of a drone, of course.

That’s how police in Irvine, California were able to identify and arrest an arsonist purposefully starting fires in the heavily wooded areas along the 261 Toll Freeway.

Irvine firefighters received a call last night reporting a fire in the hills next to the highway, and two hours later, they received another call about a second fire growing near an apartment complex down the road.

That’s what prompted a commander in the fire department to call the Irvine police and ask if they could assist by surveying the area with their newly purchased drone.

What they found was an arsonist setting fires in a third location.

Police were dispatched to apprehend the suspect, and the drone followed, pinpointing his location for officers arriving on-scene. Soon after, 41-year-old Lozano Martinez was in custody on charges of arson.

Thanks to the assistance of a police officer trained and equipped with a drone, California firefighters were able to stop another major wildfire catastrophe before it had a chance to get started.

To learn more about how drones are helping in the fight against fires, click here.